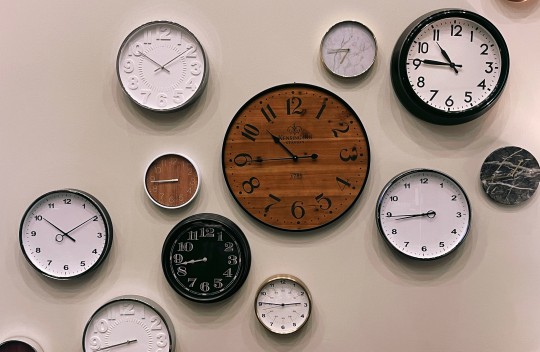 Clocks and watches have become such ordinary objects in our daily lives, that we tend to forget that they also have a history. And where there is a history, there are interesting tales to tell on the path of evolution and time. Here are some fun facts about clocks that you might not know.

In 1797 the Parliament of the Kingdom of Great Britain imposed a tax on clocks and watches that was a complete failure. The “Duties on Clocks and Watches Act 1797” was created as watches became increasingly popular due to their lower prices, but the tax reversed the buying tendency and led many manufacturers to bankruptcy.

2. Never gift a clock to a Chinese

It is a taboo to give a Chinese person a clock (送钟, sòng zhōng) since it has the same pronunciation, in both Mandarin and Cantonese, as “attend a funeral” (送终, sòng zhōng). The clock can also imply that the person is running out of time and that you are waiting to attend their funeral.

3. The first mechanical alarm clock was invented by an early riser

Levin Hutchins from Concord, New Hampshire in the USA, is believed to be the inventor of the mechanical alarm clock in 1787. His sole purpose was to ensure he would wake up at 4 a.m. every day to go to work. He never patented nor commercialized his invention.

Big Ben is the name of the biggest bell that strikes the clock time. The world-famous tower is actually called Elizabeth Tower (or Clock Tower, prior to 2012).

5. The world’s oldest mechanical working clock is in Salisbury

The clock dates back to around 1386 and was commissioned by Bishop Erghum for the Salisbury Cathedral in southern England. It was not the first since there are reports of a mechanical clock in Milan, Italy, by 1335. However, the one from Salisbury is the oldest of its type that is still working and running nowadays.

6. NIST-F1 Cesium Fountain Clock is the most accurate clock in the world

It is an atomic clock that gets its accuracy from a fountain-like (thus the name) atomic movement. It was created in The National Institute of Standards and Technology in Colorado and is supposed to be so accurate that it will not lose or gain a second in the span of 100 million years. This clock is currently used for internet time.

7. The Knocker-up was the alarm clock of the XIX century

During the Industrial Revolution in the 19th century, getting to work on time was no easy feat since alarm clocks were expensive and unreliable. Knocker-uppers were the solution. They would go to their clients’ houses at an assigned time to knock on their doors and windows to wake them up.

How many time zones are there?
Who invented the stopwatch?
How to wake up a heavy sleeper
11 curious facts about time
10 tips to wake up early in the morning