How many time zones are there? 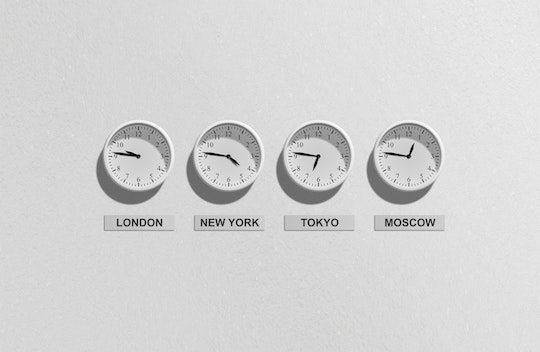 At the end of the 19th century, it was common for a town to determine its local time. Citizens would often set their clocks on arrival to a new town by looking for the town’s clock tower or after hearing its bells mark each hour. This meant that neighboring towns would often have different local times, which made traveling rather challenging. To simplify traveling processes and solve this worldwide problem, Sir Sandford Fleming proposed a global division in time zones. He proposed to divide the world into 24 time zones, spaced by 15 degrees of longitude. These numbers provided an equal distribution since the earth takes about 24 hours to fully rotate. The United States railroad companies began utilizing this new system as it facilitated traveling. Nevertheless, it was only by the start of the 20th century that the American Congress and other countries started using the time zone division.

What are time zones?

Timezones are areas that have their uniform standard time. Their implementation did not only help with traveling, but also provided better social, legal, and commercial organization. Timezones existence followed the country’s best interest because it facilitated communication between towns. Nowadays, the world follows Fleming’s proposal of a 24-part global division.

The UTC, Coordinated Universal Time, is the basis of every time zone. Time zones range from -12:00 to +14:00, always according to UTC. Usually, offsets are on a whole number of hours, but there are some cases, such as in India or Nepal, where it can be about 30/45 minutes.

Some countries use Daylight Saving Time (DST) during spring and summer. They do this by adding one hour to their clocks at that time of the year. This means that the difference between certain timezones can vary depending on the time of the year.

How many time zones are there?

In theory, the globe is divided into 24 time zones. The math to know how many time zones are there is very simple. Since it takes about 24 hours for our planet to complete a full rotation, we divide 360 by 24, which gives us 15 degrees of longitude. The world is divided into 24 parts, with 15 degrees longitude areas which have an hour of difference between them.

Time zone definition began with the GMT - Greenwich Mean Time, a predecessor of the  UTC. Since it was defined as the middle of the planisphere, 7 and ½ degrees east and west, it was the perfect starting point for timezone definition. All time zones east to the GMT are later and the ones to the west are earlier, according to the GMT.

However, for political reasons, some governments have deviated from the universal standards. They defend that the sun's position is not as important as their local processes. For instance, some countries choose to have a single time zone, independent of the nation’s size. Or even to maintain the same time zone in their past colonial territories. At the moment, there are about 37 UTC offset time zones worldwide, not including minor exceptions.

Time zones in the USA

Currently, there are 9 timezones in the USA. These are, from east to west, Atlantic, Eastern, Central, Mountain, Pacific, Alaskan, Hawaii-Aleutian, Samoa, and Chamorro. Being one of the biggest countries in the world, its time zone division extends from UTC-4:00 to UTC-11:00. The USA is the third country with the most time zones, only surpassed by France with 13 and Russia with 11 time zones.

The majority of states in the United States also change their hours due to daylight saving time. On the second Sunday in March time changes from Eastern Standard Time to Eastern Daylight Time. On the first Sunday in November, it changes back to Standard Time. In the year of 2007, the USA also began extending Daylight Saving Time for 4 weeks more than in past years.

There is one single standard time zone in China. It offsets 8 hours from the UTC, which means it is 8 hours ahead of the Coordinated Universal Time. As it is known, China is one of the biggest countries in the world, and under the regular 24 time zone division, it should have almost 5 time zones. However, in 1949 the Chinese Government chose to go back to a single time zone, which is called the Beijing Time.

The decision to have one time zone was not unprecedented. Just two years before, India made the same change. But why do countries prefer a one time zone policy? The answer is simple: this measure is intended for national unity. At that time, China was a fragmented country and as it is composed of various ethnic minorities, a unifying factor such as a single time zone was a big statement and political move. Its effectiveness is rather subjective. Some agree with it because they believe that only small routine changes are needed for adaptation while others see it as an oppressive and unnecessary action.

With 11 time zones, Russia is the second country with the most local times worldwide. In the year 1880, the Moscow Mean Time (MSK) was the first time zone introduced in the country. It was about 2 hours and 30 minutes ahead of the UTC. At the time, most regions had their own time zone, and indeed, until 2018, the MSK time was still used for railroad tickets nationwide. Russian cities maintained their local times until 1919 when the country was divided into several time zones according to GMT.

Time zones in Russia extend from UTC+2:00 to UTC+12:00. This means that while eastern Russians are in the middle of the working day, western locals are still asleep. In 2011, Daylight Saving Time (DST) was abolished due to complaints from many Russians. They argued that the hour change was difficult to adapt to. At that time, Russians opted to stay in one time only, the DST time. In 2014 the decision was reverted to always staying in wintertime.

Like other countries, Australia changes its clocks twice a year between standard and daylight saving time. Nevertheless, not all regions do this. Four out of the nine Australian time zones do not change their hours and choose to keep the standard time all year. However, this subject is still in discussion in some regions due to economic growth and how DST could benefit Australian cities.

The Pacific, Mountain, Central, Eastern, Atlantic, and Newfoundland are the six time zones in Canada. Time zones in Canada range from UTC-2:30 TO UTC-8:00. Many parts of the country choose not to observe the official hour, preferring to adopt the same time as a neighboring zone. The reason for this is that it makes trading easier between adjacent regions. For example, some time zones differ from others by just 30 minutes because they believe it is more convenient politically and geographically wise.

In 1918, Daylight Saving Time was introduced in Canada as a measure to improve production during wartime. At the end of World War I, the DST ceased in Canada, but during the following World War, the country opted to stay in DST all year.

In Canada, time zone boundaries may not match the Daylight Saving Time zones. Some municipalities prefer not to adjust their clocks. To this day, there have been many debates on whether to change to DST all year or not. Some believe it would be prejudicial to public health since it would mean that the sun would not probably be up at the time children go to school. On the other side, DST supporters say it would simplify all lives and provide more daylight to all.

Who invented the stopwatch?
How to wake up a heavy sleeper
11 curious facts about time
10 tips to wake up early in the morning
7 fun facts about clocks