Who invented the stopwatch? 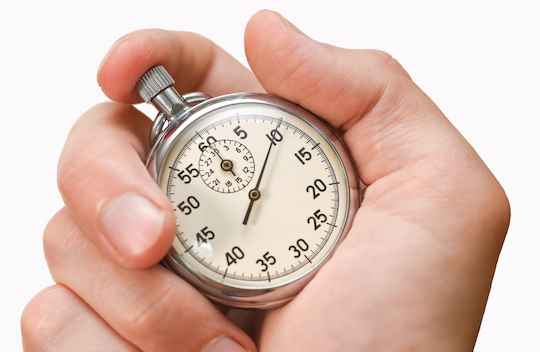 In almost every sports event or even the simplest of mobile phones, there is a stopwatch application. The ability to measure time intervals of events, nowadays, might be taken for granted. Although at the present day it is within reach for almost every person, the invention of the stopwatch is more recent than expected. Here are some facts about this great invention.

Who invented the stopwatch?

The first step towards the invention of the stopwatch was the creation of a “Physician’s Pulse Watch”. In 1695, Samuel Watson, a horologist, created the first stoppable watch as a request from a surgeon. At the time, it was a pocket watch that was stopped by operating a lever.

In 1816, Louis Monet developed the “Compteur de Tierces” as a tool for astronomical research. This is considered the first stopwatch ever. Monet invented the stopwatch to be a tool that would help him time the passage of stars across the lens of his telescope.

When was the digital stopwatch invented?

The first digital stopwatch was invented in 1962. It was called "Digitimer '' and its developers were Cox Electronic Systems, Inc. of Salt Lake City, in the United States. The purpose of its development was to be used in organized sports.

Two years later, in 1964, Seiko presented the “Stop Clock”. It was used for the Tokyo Olympic Games. The digital stopwatch worked in parallel with the first portable desktop crystal chronometer, also developed by Seiko in 1963.

There are two types of stopwatches: digital and mechanical.

Mechanical stopwatches are powered when their mainspring is pulled up by spinning the knurled knob at the top of the watch. Digital stopwatches function due to their crystal oscillator timing element which makes them much more accurate than mechanical timers. For comparison, the mechanical stopwatch's least count is 0.1 seconds, and the digital's is 0.01 seconds.

Uses of the stopwatch

Since the invention of the stopwatch, there have been connections to science studies. The knowledge of how long something takes is crucial for scientific proof. Physics, chemistry, and kinetics are some of the scientific areas in which stopwatches are utilized. The timer has been an important tool for the determination of speed and reaction in several experiments.

Another important stopwatch use is in sports. The measurement of performance and influence in the attribution of rankings is almost given for granted nowadays. However, it only began with the invention of the stopwatch and its inclusion in sporting events.

The invention of the stopwatch was a great advance in itself and also became an important tool for scientific studies and breakthroughs. Throughout time, since the invention of the stopwatch, its usage has been developed, and nowadays it is regular to be able to time everything we want. Stopwatches have been included in our daily tasks and many leisure activities. The ability to measure time has undoubtingly helped in several aspects of our lives and remains one of the best inventions of our times.

How many time zones are there?
How to wake up a heavy sleeper
11 curious facts about time
10 tips to wake up early in the morning
7 fun facts about clocks